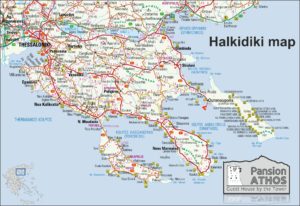 The Halkidiki Weather region has two large mountains, the mount Holomonta in the center and the mount Athos at the Athos peninsula to the SE. Apart from the northern part all the other area of Halkidiki is surrounded by sea, with the three major peninsulas Kassandra, Sithonia, and Athos, to increase too much the seafront. Halkidiki Weather Climatic differences between the mountainous and coastal parts thus forming many local microcapsule Lima linked both by altitude and the distance from the sea. Generally, though winter is characterized by low temperatures, with enough rainfall or snowfall (especially in the mountainous part) by the end of November to April and summer is relatively warm with little local rain.